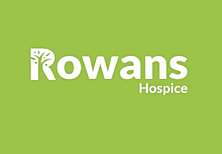 End of the Tears

Performed in Portsmouth Cathedral on 17th November 2019 for Rowans Hospice's 25th anniversary service. Click on the piano track link below to listen to the solo piano version or click on the orchestral link to listen to an arranged version by John Daniels.

The Long Adieu – by Charles Timberlake

The Long Adieu – a musical Memorial to road crash victims by Charles Timberlake.

Click the song title below to listen to the piece of music. A piano and instrumental arrangement was included on the CD album A Time for all Things. Please visit the Catalogue page for further details and to purchase. 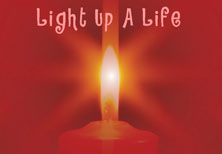 May the Light Keep Shining

A piece composed for Naomi House and Jacksplace Hospices for children and young people from across central southern England. First performed in Winchester Cathedral on 7th December 2016.

There Is Always a Beginning

A piece composed for Naomi House and Jacksplace Hospices for children and young people from across central southern England. Performed for the first time in Winchester Cathedral on 21st November 2014.

The Long Adieu – a musical Memorial to road crash victims by Charles Timberlake.

This piano piece was composed as a special contribution to the World Day of Remembrance for Road Traffic Victims – a day, internationally recognised as the third Sunday in November, and observed for over a decade by road victim organisations under the umbrella of the European Federation of Road Traffic Victims (FEVR) and now adopted by the United Nations and listed on the UN calendar. In 2012 it fell on Sunday 18th November.

Charles Timberlake became aware of this day as a member of RoadPeace, UK's road victim charity, and wanted to do something to comfort all those affected by death and injury on the road. As a pianist and composer of soothing and healing tunes, composing a special piece with the many thousands of traumatised people in mind, seemed a perfect response. The Long Adieu has been welcomed by the World Day Committee as an important part of the World Day of Remembrance – a very special memorial and tribute.

Links to World Day of Remembrance